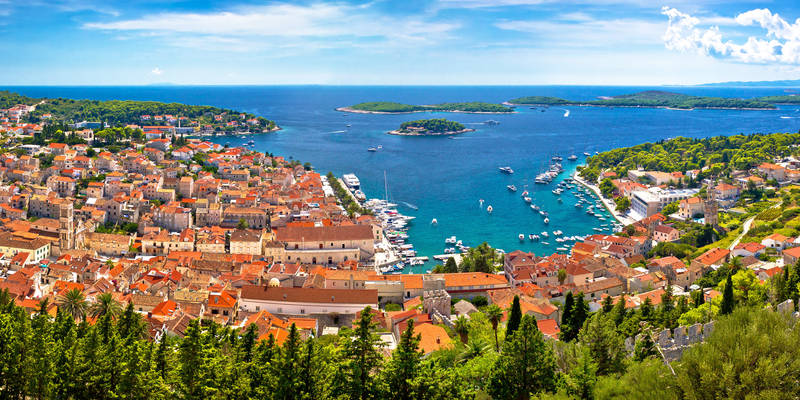 FIND YOUR BOAT IN CROATIA 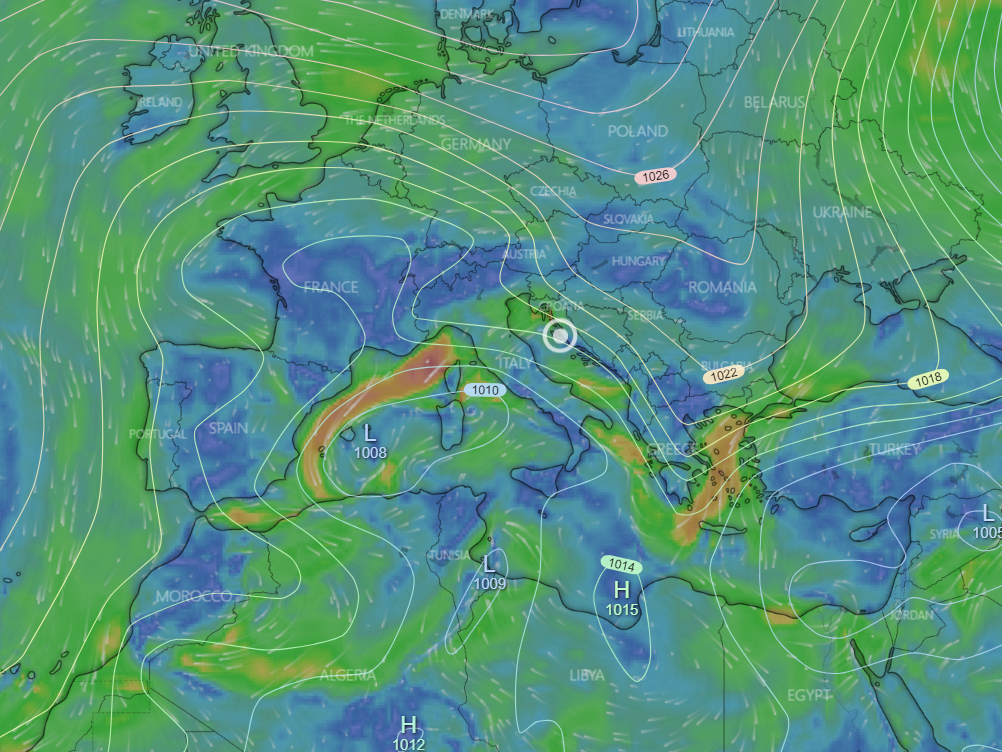 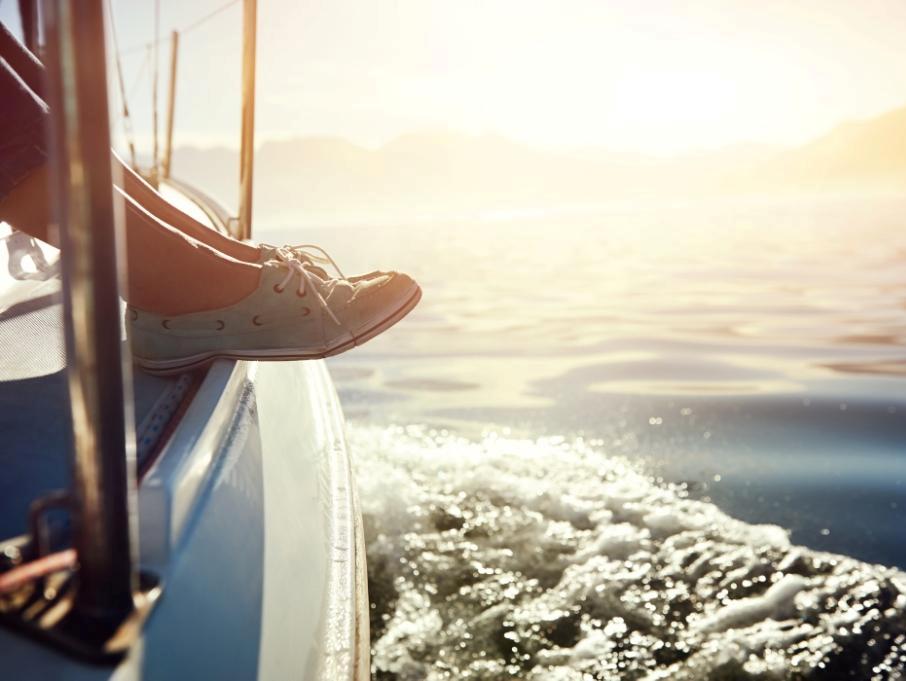 Croatia is located in the southern part of the Balkan Peninsula. Its shore is surrounded by the Adriatic Sea. Croatia borders on Slovenia, Hungary, Serbia, Bosnia and Herzegovina, and Montenegro. It also has a maritime border with Italy, Slovenia and Montenegro. The so called Dalmatia is a part of the Adriatic shore which stretches along in the length of 1000 km from the Pag Island to the city of Dubrovnik. Croatia is one of the most visited countries in Europe. It is well known for its crystal clear sea and beautiful wooded and blossoming landscape. The shore is flanked by more than 1200 islands. From this number only 67 of them are inhabited, the biggest ones are Krk and Cres. Typical for Croatia are the romantic bays with pebble stone beaches, picturesque architecture, pine groves and kind-hearted, hospitable people.

Croatia has 4,8 million inhabitants (Croatians comprise 78% from this number). A lot of Croatians do not live in Croatia due to the constant emigration which began in 19th century. The reasons were always social or political. It is assumed that only one million Croatians live in Western Europe and that outside Europe live additional 3 million of Croatians. The minorities in Croatia are: Serbians, Bosnians, Slovenians, Italians, Czechs, Slovakians and Hungarians. The Republic is divided into 21 districts. The official language is Croatian, which is written in the Roman alphabet.

The capital and at the same time the biggest city is Zagreb with 779 thousand inhabitants. Zagreb is the agricultural, traffic, cultural and scientific centre of the country and is the national symbol of it.

THE ESTABLISHMENT AND NATIONAL SYMBOLS

The Croatian Republic is a modern democratic country with its constitution from December 1990. Its tradition is deduced from medieval Croatian principality and kingdom (9th – 12th century). The state sovereignty is symbolized by the national emblem, national flag and national anthem.

Tourists need valid passports, children younger that 16 must have their own passport or have to be listed in their parents’ passports. Croatian authorities demand that the passport must be valid throughout the whole stay. From the 1st of June Czech tourist can also use their identity card as a valid travel document but the Ministry of Foreign Affairs recommend taking the passport as well if possible.

When driving a car you need to have a valid driving licence, car documents and a green card. A visa is not required to enter the country.
The speed limit in urban area is 50km/h, outside urban area 80km/h, on highways 130km/h.
Allowed amount of alcohol in blood is – freshly 0,0 per mille. The police officer can take away the driver’s passport for 48 hours, until he pays the fine or until the court decides. If the foreigner causes motoring offence, for which his driver’s licence can be taken away, a notice from when and for how long the driver can not drive in Croatia. The driving licence of a driver who had positive alcohol test is taken away. If the driver continues to drive although he does not have a driver’s licence anymore, he can be deprived of his vehicle immediately.

Without duty one person can import and export 200 cigarettes, 50 cigars, 1 litre of alcohol, 1 litre of wine, 3 litres of beer and 3 kilos of coffee. A traveller has to declare orally more valuable professional equipments (cameras, video-cameras, sport equipment etc.). Reclaim of VAT stands for foreigners when buying things in the total value exceeding 500 Kunas with Tax-cheque form confirmed when leaving the country

The Adriatic Sea is located between the Balkan and Apennine Peninsula and has the area of almost 140 thousand quadratic km. The part that belongs to Croatia is its Western shore, that stretches along from Prievlak in the South to the cape Savudrija in the West, including all the islands. It is a unique place in Europe for cruises with motorboats and sail boats. Croatia is rightly called the “country of islands” because it has more than thousands of them and each of them is different. The first travel to the Croatian shore is a trip to the unknown and every next is a visit of well known beauties of this country, which takes your breath away every time.

Depth
In the area of Istria the Adriatic Sea is the shallowest and the depth usually less then 50 m. From Pula the sea bottom slightly deepens and makes long dingle – Jabuck Basin, which spreads from Zrij towards Italy. The deepest part here is around 240 m. From Jabuck Basin the bottom increases to the Palgruza Reef, where the depth is 130 m. Towards the South the bottom deepens to the Juznojadrask lobe, where the deepest spot is around 1300 m.

High tide and low tide
The difference between high and low tide is not so big on the Adriatic Sea. In the Southern part the difference is around 40 cm and in the Northern part around Istria it isn’t more than 1 m. In narrow channels or bays the high tide can increase due to the wind Jugo that blows from the sea. This phenomenon is typical for wide and deep gulfs on the South Adriatic.

Sea flows
The flows in the Adriatic Sea are almost not observable, their speed fluctuates in dependence on different areas and seasons of the year. The average speed of flows is around 0,5Kn but they can also reach the speed of 4 Kn.

Bora  – the best known wind in the Adriatic area, which is well known for its strength. This cool wind, which can reach the level of a hurricane, blows from land towards the sea above which it hits the warm air. If it gets to the open sea where the islands don’t interfere with it, it can make 3 metres high waves that can change their direction, which makes them very dangerous. The wind comes very unpredictably. Bora occurs more often in a Northern part, especially in winter, when it can last for a couple of days. In summer it occurs less and lasts usually for only few hours.

Jugo is another dangerous wind that blows along the shore from the South. It brings clouds, rain and sometimes even sand clouds from Africa. In summer Jugo lasts only a couple of days, in winter it can take weeks. Jugo causes wide and high waves that can reach the height of 4 metres. Thanks to this wind the seawater drops get to the air and oxidize, humidify and iodise the air, which is very good for the human health.

Mistral – this wind is liked especially by yachtsmen. It brings good weather and blows from northwest. This wind doesn’t increase the waves and usually blows in regular daily intervals. This wind usually doesn’t occur in winter and can be seen more often in the southern part of the Adriatic.

Istria
The biggest Croatian peninsula and the most developed touristic region.

Kvarner
This area is remarkable because of its fauna and flora. It invests continuously into ecology, it has a culturally-historical heritage and touristically is one of the oldest and most developed.

Split region
The Split region is the real middle of Dalmatia with a cultural and historical heritage, 1700 years old.

Dubrovnic region
Dubrovnic region with the city of Dubrovnic is labelled as “the pearl of the Adriatic”, the second most beautiful city in the world (of course after your hometown). Dubrovnik is located in the very South of the Croatian shore.

Middle Croatia
Some extra attention deserves Lonjsko polje, a natural park with the area of 506 quadratic km of moors and oak woods. It is a protected and natural environment with lots of endangered species of plants and animals. Unique horses “posavac” are kept in the surrounding villages with peculiar wooden buildings. Trips by bus or boat to Trebez, Ceperlin, Kostrnja, Krapja and Cigoc are offered by local travel agencies. The folk architecture and churches definitely deserve your attention.

Zagreb
Zagreb is the capital and the biggest city of Croatia. It is situated on the Sava River and is remoted 170 km from the sea shore.